This Week in Video Surveillance News 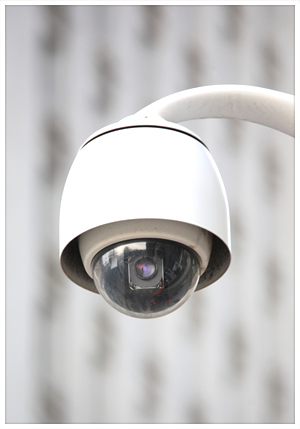 There were some interesting stories in video surveillance this week showing the wide range in use of video technology.  From catching a burglar in the act, to hunting for a murder suspect to utilizing footage as evidence in a criminal case, video surveillance is a key factor in many cases. High resolution video cameras on drones are being utilized on U.S. borders to combat illegal activities.  Video surveillance applications are becoming more and more common-place in multiple areas – not just security.  Cameras are everywhere, and with even higher resolution cameras and greater analytic capabilities, video camera applications can extend beyond just a reactive security tool. Here are some interesting video surveillance stories from this past week.

1. Burglar Targeted Vet’s Home and It Didn’t End Well for Him   A burglar in Seattle got way more than he bargained for when he tried to break into the home of an 82nd Airborne veteran for a second time.

2. Police hunt suspect who pushed father of two onto NYC subway tracks Police have released surveillance footage of a man suspected of shoving a stranger off a subway platform to his death in New York City as they hunt for the unidentified assailant.

3. Released surveillance video shows moments after fatal Short Hills mall carjacking  About a month shy of the one year anniversary of a deadly carjacking at the Short Hills mall, the public is getting a look at what happened that night.On Dec. 15, 2013, Hoboken attorney Dustin Friedland, 30, was shot and killed during a carjacking outside The Mall at Short Hills. Today, an attorney representing Friedland’s wife released video surveillance footage of the New Jersey mall parking lot on the night of the shooting, and two nights before that, to Good Morning America.

4. Drones watch over U.S. borders Nearly half the U.S.-Mexico border is now patrolled by Predator B drones with high-resolution video cameras that send footage to analysts who then identify small changes in the landscape — the tracks of a farmer or livestock, or those of illegal immigrants or vehicles used to smuggle drugs into the country.