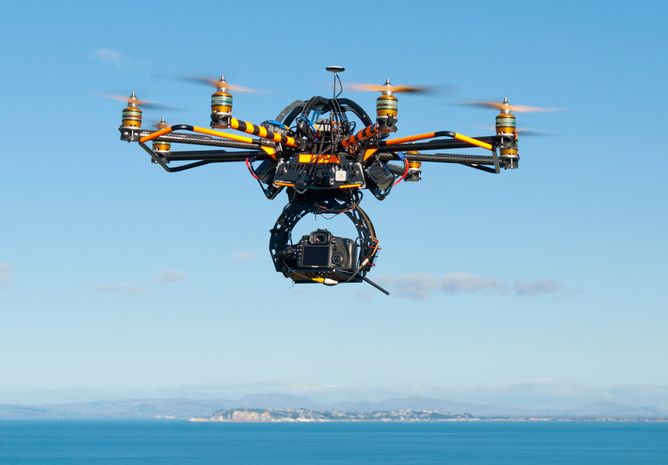 The instances of drones interfering with aircraft has increased significantly.  Security and privacy concerns continue to be voiced by not only the FAA, but with the general public as the technology moves faster that laws and regulations can address them. The use of drones bring a lot of benefits, such as providing mobile video surveillance in applications such as remote pipelines, and critical infrastructure monitoring.

However, the drones also bring growing concern regarding national security, mainly terrorism, or safety concerns from commercial pilots.  There are  legitimate commercial applications for video surveillance and drones, however there is also the potential for serious privacy concerns. It seems likely that the use of drones will continue to grow.  Could it be possible that drone video surveillance will become another way for security company’s to extend their product offerings?  Only time will tell. Who would have imagined that customers would be using their smart phones to control their security systems, so anything is possible.

Here are some interesting articles on on the security and privacy concerns with Drones.

More and more often, large commercial airliners are encountering small, unmanned aircraft flying through the sky, sometimes undetected by the human eye, and often invisible from the cockpit of a large airplane. Read article.

The flying of unauthorized drones at stadiums prompts safety concerns

Along with huge crowds and tailgating parties, football stadiums across the country are becoming magnets for something else on game day: rogue drones. Read article.

Should international human rights law regulate the use of drones, detention, and surveillance extraterritorially?

Below, see the full video of the October 28 panel with Just Security founding editors Shaheed Fatima and Harold Koh, and co-editor-in-chief Ryan Goodman. The event, entitled “Should international human rights law regulate the use of drones, detention, and surveillance extraterritorially?,”  See video

Security officials are investigating a mysterious wave of drone flights that have illegally buzzed over more than a dozen nuclear plants.  Read article.